Is Amsterdam’s Tech Scene the Best Place to Start Your Next Tech Venture? 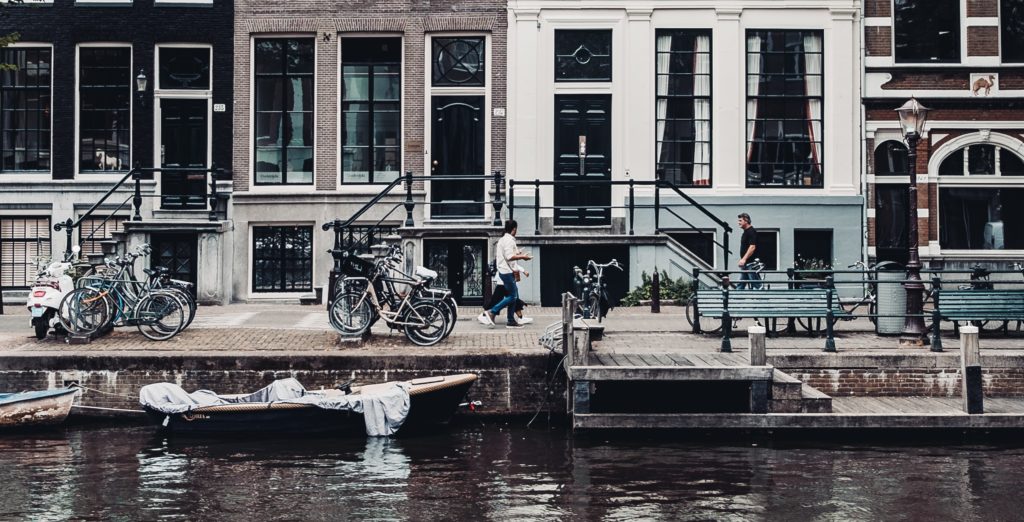 Amsterdam life provides the perfect backdrop for tech innovation. The Dutch enjoy the sixth fastest internet in the world, and the city is full of startups focused on bringing the latest tech to their beloved bicycles. Vibrant culture and a thriving tech Meetup scene is attracting tech practitioners from around the globe; and given that the Dutch are the world’s second most proficient non-native English speakers, integrating into Amsterdam’s startup community is relatively easy compared to other North European tech hubs.

The Birth of the Tech Scene in Amsterdam

Tech in Holland hasn’t always been glamourous. The digital heart of the country was in the south, orbiting around the male-dominated technical universities in the smaller, industrial cities of Delft and Eindhoven. The innovations birthed in the South weren’t insignificant; Philips Hardware and Bluetooth came to fruition there. The Python programming language was invented in 1989 by Dutchman Guido van Rossum, allegedly as a hobby project to keep him busy during Christmas.

It wasn’t until the ‘90s that Amsterdam began to rise to prominence as a tech hub. The first big players were Booking.com and TomTom. In recent years, the startup scene has flourished under the supervision of Dutch politician Neelie Kroes. After setting the digital agenda for the European Union until 2014, she initiated StartupDelta, which coordinates, supports and promotes the Dutch tech scene. The next year, Amsterdam was marked on the global startup ecosystem ranking for the first time. Now companies like Adyen, WeTransfer and Gemalto rock the city.

The scene in Amsterdam might not have the financial power of London, or the same value-for-money workforce as Berlin, but its laidback business laws have attracted a decent amount of startups. The laissez-faire attitude to founding a business is what appealed to Oğuzhan Yayla and his partners when they launched startup Lucidminds, a data science consultancy agency. “It’s easy to start a company in the Netherlands. You hand in your documents and go give your signature. In Berlin, bureaucracy is such a hassle and takes so much time,” says Yayla. Then there are all the tax benefits for starting companies, and 19-25% corporate tax rates, which the government wants to reduce even further.

Startups in Holland also benefit from a nurturing and supportive environment. There are startup accelerators like Rockstart and Startupbootcamp Amsterdam, and tech conference behemoth The Next Web also calls Amsterdam home. The city has co-working spaces that are true communities of support, instead of just another place to work.

But an obstacle to the growth of Amsterdam’s tech scene is a lack of venture capital. Many ambitious Dutch founders still flock to New York, San Francisco and London to found their ventures. As one entrepreneur told us: “It’s a great place to live and you have access to good resources in the Netherlands for starting a business. But if you think big and can start from scratch, I wouldn’t go for Amsterdam.”

Salary demands are high. Even though Amsterdam might not yet be as expensive as New York, Paris or London, you need a decent salary to live like the Amsterdammers do. Entrepreneurs can also struggle to attract the right tech talent in Amsterdam. The city is aiming to address these issues with programs like Project.Amsterdam, which allows tech talent from around the world to get free flights and accommodation, to meet with tech companies in Amsterdam. On top of that, Holland has a thirty percent tax break for foreigners.

In truth, Amsterdam’s best asset to attract tech talent isn’t the tax breaks or free flights; it’s the culture and warmth of the city itself. Hubspot named Amsterdam the Best City to Work in Tech in Europe, beating out the likes of Berlin, London, Paris and Dublin. On the OECD better life index, the Netherlands ranks number one in work-life balance. One secret to this success is that it’s easy to be social in Amsterdam: you can be anywhere in the city in no time. “You hop on your bike to a lunch meeting or coffee,” says Yayla from Lucidminds. “That’s a big advantage in terms of stress. Especially compared to taking a crowded U-Bahn in Berlin.”

Join us at the next Big Data Meetup in your city! Check here for the upcoming Data Natives events dedicated to the latest trends in big data.

Get tickets for Data Natives 2022