The environmental cost of always being online 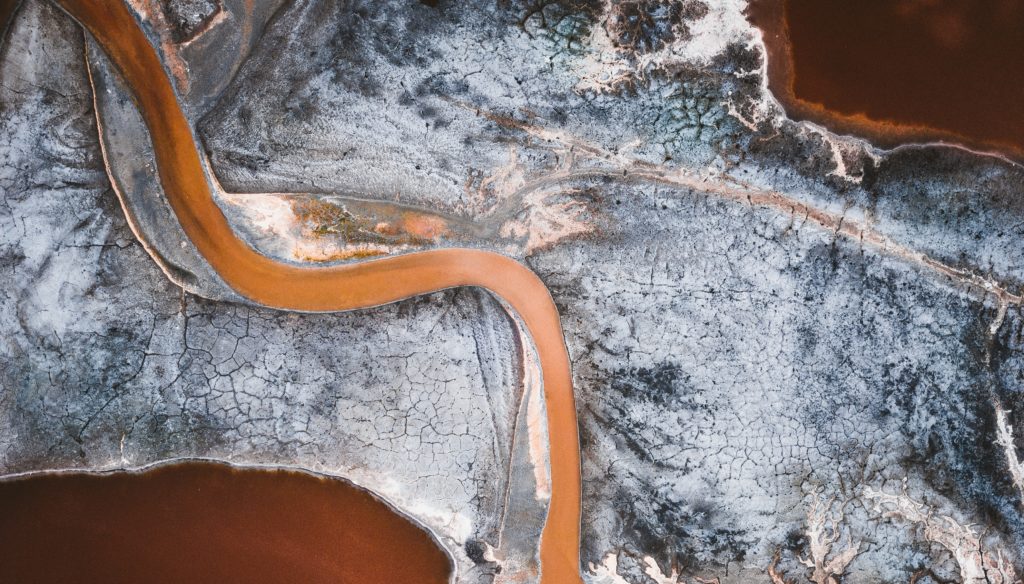 Cloud computing is becoming the next big contributor to global warming.

The most exciting technologies of recent years are slowly becoming threats to our ecosystem. Few in the tech scene are talking about it and hardly anyone takes action.

Environmental consciousness has become the ethos of a generation very aware of the consequences that human life has on Earth. Whichever way we choose to live an eco-friendly lifestyle, the fact is that many of us have an awareness of the lasting impact our daily lives will have on the planet.

Meat consumption, air travel, mass agriculture, and now internet traffic, are part of the list of seemingly innocuous behaviors that have a measurably negative effect on the environment.

The ability and the desire to be online at all times have brought us many benefits – a virtual closeness to loved ones, instant access to entertainment, constant connection to the reality of other parts of the world – as well as an unprecedented increase in the demand for the one thing that powers it all – electricity.

The most exciting technologies of recent years are slowly becoming threats to our ecosystem.

Bitcoin and other crypto want to decentralize and democratize currency. The Internet of Things is supposed to make almost all aspects of our lives seamlessly integrate to one another. Driverless cars are poised to make roads safe and human driving obsolete. Even household applications delivering high-definition content such as Netflix, Spotify, and Twitch, give us access to a library of entertainment no human could have ever dreamed of owning a quarter of a century ago. What unites these technologies is their reliance on data. And this data needs to be stored somewhere.

The increase in consumption of cloud-based services brings with it an increased demand for servers on which to store data. These servers not only gobble energy because they need to stay on at all times, but they also need to be cooled as they are constantly tasked with not overloading while processing information almost 24/7.

Estimates from the International Energy Agency suggest that the amount of power required to feed the world’s need for data storage and processing in 2028 will be equivalent to the energy needs of the world’s third most populous country, the United States. That is three times as much as what we consume today. To put that into perspective – in 2019, our current consumption of electricity for cloud-based technologies equals roughly to all of Russia’s energy consumption, the ninth most populous country in the world.

However, the issue here is not energy consumption per se, but rather, the energy sources that feed most of the infrastructure that keeps these services running. If the companies building and maintaining massive data centers use clean energy sources – such as hydrothermal, geothermal, solar, or wind power – they not only minimize their carbon footprint but also make renewable energy sources more accessible to the population of the areas surrounding their facilities. Win-win, amirite?

Nordic countries, it seems, are perfect locations for this best-case scenario.

Winter is coming – and that is a good thing

Cold climates help decrease the amount of power required to cool data-processing facilities, and affordable, readily available, renewable sources of energy, help offset the global-warming effect that other data-processing behemoths have on the environment, when they rely on cheap, fossil-fueled energy.

Since 2013, Facebook operates a massive data center near the Arctic circle in Luleå, Sweden, its first outside of the United States. The country boasts the lowest energy prices in the EU, as well as the smallest carbon footprint. This explains why Facebook is planning to open a third building in this facility, doubling its size to reach a whopping 100,000 square meters.

More recently, Microsoft announced their plans to build data centers in the Swedish towns of Gävle and Sandviken, north of Stockholm, with the help of Node Pole, a Swedish development group that focuses on attracting cloud-industry investment in data centers in northern Sweden.

According to Cloud Operations and Innovation CVP, Noelle Walsh, Microsoft intend to build

“the most sustainably designed and operated [data centers] in the world with the ultimate ambition of achieving zero-carbon operations.”

Microsoft’s newfound eco-friendly identity shows a noticeable turn in how they handled the environmental impact of their business in the past. In a 2012 battle over a $210,000 fine they faced for overestimating their power use, and for pollution caused by backup generators in the US-town of Quincy, Microsoft reportedly “proceeded to simply waste millions of watts of electricity… [and] it threatened to continue burning power in what it acknowledged was an “unnecessarily wasteful” way until the fine was substantially cut,” according to The New York Times.

The impact goes beyond the grid

Using sustainable energy sources has an important palliative effect on the environment, but it is clearly not the only cause for concern. We can trace high environmental impact all along the supply chain of the tech industry.

Hardware components used in high-tech consumer electronics, new energy, and even military technology, are built using rare-earth minerals that are hazardous to extract. If the process of mining, refining and recycling these minerals is not handled properly, it can have disastrous consequences for the environment.

Moreover, relying on such minerals has downsides beyond damage to the environment. The supply chain for these materials can be easily disrupted by societal and geopolitical factors, such as environmental regulation, stockpiling, and can be used as an element of a trade war.

How can we build the internet in such a way that, instead of tapping into fossil fuels and ‘rare-earths’, it helps the transition to a sustainable future?

Greenpeace has an online initiative called Click Green, in which users can see which one of their favorite apps are powered by renewables or green energy, and where they rally big players in the tech industry to power their data centers on environmentally-friendly sources of energy. Since its inception, the Click Green initiative has been effective in nudging Internet giants – Facebook, Google, and Amazon among them – to commit towards a more sustainable future.

Node Pole has also come out with a ‘Fossil-Free Data’ label that certifies that company stores and processes their data in a sustainable way. To be certified, companies must run on 100% renewable energy; they have to demonstrate efficient, world-class energy consumption (≤1.2 power usage effectiveness) and emit less than 0.19 kg CO2 per kWh of IT energy.

Another noteworthy actor is The Green Web Foundation. They have spent the last 10 years building a database of websites and IT infrastructure that have switched to renewable power, and then built a series of tools to allow users to check any site or service against it. They publish the information as open data and extend the information via APIs and browser extensions.

We spoke with Chris Adams, who is leading The Green Web Foundations ‘Open Green Web’ project, which is supported by the German Prototype Fund. Adams’ task will be to

“…take the last 10 years of data collected about how the internet is powered and opensource the platform, as well as publishing this information as open data, [and] extending the information via APIs [and] browser extensions.”

According to Chris, solutions that do not require resorting to measures such as usage caps, taxes on data consumption or energy use, are already here. Renewables are already cheaper to deploy than fossil fuels and there are increasing prices on CO2 emissions and other gasses, so it’s important to advocate for this.

“That said, globally we still spend more money subsidizing fossil fuels than we do on renewable power, and when it comes to climate, speed is justice,” he tells.

“…we are way off track when it comes to taking meaningful action on climate in tech”.

For such a well-paid, educated industry, we seem to be unable to realise how such massive amounts of computing and usage of electricity can be sustainable in the future. Unless reprimanded by institutions, companies continue to burn fossil fuels to generate electricity.

“Even if some of us are talking about it, it’s a tiny minority, and inside that minority, hardly any of us are taking action to do something,” says Adams.

A challenge for the future

The Jevons effect, might make finding solutions, in the form of policies or otherwise, more complicated than it would seem at first glance. William Stanley Jevons made an observation while studying the effect that more efficient coal processing had on coal consumption:  when a resource is used more efficiently due to technological advances, the demand for it also increases. Instead of disengaging from the resource, high efficiency apparently stimulates us to find new uses for it.

And then there is the reality that minimizing impact instead of reducing consumption can only get us so far in the future. Even if we were able to find extremely efficient materials and processes to store and relay data, and used only 100% green energy, we would need to change the way that we consume internet-based, data-powered services. Only by reducing energy consumption we will be able to accommodate the pace at which modern, sustainable infrastructure can be developed and built.

Interested in hearing more about the future impact of tech on our lives? Join over 2000 data discruptors, entrepreneurs and innovators at Data Natives 2019 Conference.

To apply to become a Data Natives blog contributor, send us an email with your article ideas at editor@dataconomy.com